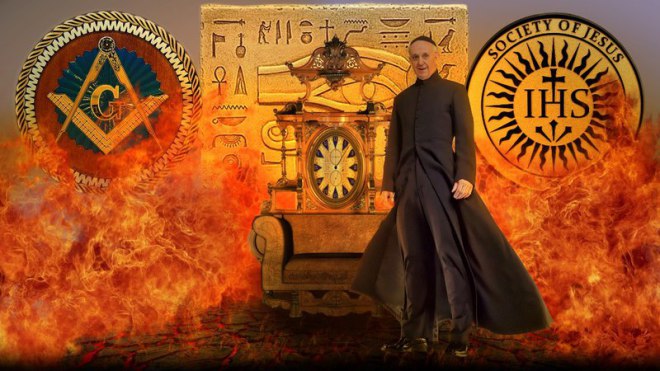 An Easter Proclamation issued today legally and spiritually disestablishes the Vatican and the Roman Catholic Church, under the laws of heaven and earth. It was issued jointly by The International Common Law Court of Justice and The Covenant of Free Congregational Christians (The Covenanters). The Proclamation was made in Rome, London, Maastricht and dozens of other centers, and was read by Rev. Kevin Annett at the oldest catholic church outside Italy, in Maastricht, Holland. It was accompanied by "the third and final spiritual exorcism of the dark spirit of Rome" held by spiritual elders across the planet. See accompanying texts at www.itccs.org and www.iclcj.com . Issued by The Court and The Covenant at Easter, April 20, 2014. Easter Proclamation Abolishes Papacy