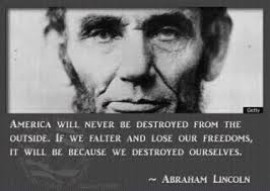 Quotes About the Jesuit Order ("Society of Jesus")

"My history of the Jesuits is not eloquently written, but it is supported by unquestionable authorities, [and] is very particular and very horrible. Their [the Jesuit Order’s] restoration [in 1814 by Pope Pius VII] is indeed a step toward darkness, cruelty, despotism, [and] death. … I do not like the appearance of the Jesuits. If ever there was a body of men who merited eternal damnation on earth and in hell, it is this Society of [Ignatius de] Loyola." - John Adams (1735-1826; 2nd President of the United States)

"The Jesuits…are a secret society – a sort of Masonic order – with superadded features of revolting odiousness, and a thousand times more dangerous." – Samuel Morse (1791-1872; American inventor of the telegraph; author of the book Foreign Conspiracy Against the Liberties of the United States)

“Above all I have learned from the Jesuits. And so did Lenin too, as far as I recall. The world has never known anything quite so splendid as the hierarchical structure of the [Roman] Catholic Church. There were quite a few things I simply appropriated from the Jesuits for the use of the [Nazi] Party. - Adolph Hitler (1889-1945; Nazi leader and chancellor of Germany from 1933-1945) ((Ed. Comment: What follows is a similar quotation of Hitler taken from Edmond Paris’ book The Vatican Against Europe.))

"I have learnt most of all from the Jesuit Order. So far, there has been nothing more imposing on earth than the hierarchical organization of the Catholic Church. A good part of that organization I have transported direct to my own party. The Catholic Church must be held up as an example. I will tell you a secret. I am founding an order. In Himmler (who would become head of the Nazi party) I see our Ignatius de Loyola (Jesuit founder)." – Adolph Hitler

"The Jesuits are a MILITARY organization, not a religious order. Their chief is a general of an army, not the mere father abbot of a monastery. And the aim of this organization is power – power in its most despotic exercise – absolute power, universal power, power to control the world by the volition of a single man. Jesuitism is the most absolute of despotisms – and at the same time the greatest and most enormous of abuses." – Napoleon I (i.e., Napoleon Bonaparte; 1769-1821; emperor of the French)

"It is my opinion that if the liberties of this country – the United States of America – are destroyed, it will be by the subtlety of the Roman Catholic Jesuit priests, for they are the most crafty, dangerous enemies to civil and religious liberty. They have instigated MOST of the wars of Europe." – Marquis de LaFayette (1757-1834; French statesman and general. He served in the American Continental Army under the command of General George Washington during the American Revolutionary War.)