Edward Snowden: The Whistleblower Behind the NSA Surveillance Revelations : The Guardian : June 9 2013

JUDGE ANDREW NAPOLITANO: Posted on June 10, 2013> I would describe this man as an American hero, as a person willing to risk life, limb and liberty in order to expose to the American people one of the most extraordinary violations of the American principles, value judgments and the constitution itself in all of our history. > Full Story <2 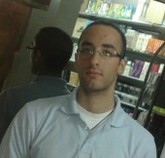 http://www.guardian.co.uk/world/2013/jun/09/edward-snowden-nsa-whistleblower-surveillance
Edward Snowden: the whistleblower behind the NSA surveillance revelations
The 29-year-old source behind the biggest intelligence leak in the NSA's history explains his motives, his uncertain future and why he never intended on hiding in the shadows.  > Full Story <3 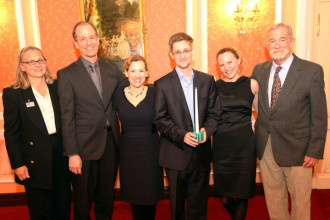 Snowden Whistleblower Status Confirmed: NSA IN VIOLATION OF "THE CONSTITUTION"!

US District Court Judge Richard Leon has declared that the bulk phone record collection activities of the National Security Agency (NSA) are likely in violation of the Constitution's ban on unreasonable search. The very first of its kind, the 68-page legal opinion is highly critical of the constitutionality, and even the effectiveness, of the NSA's bulk data collection program.

This ruling significantly bolsters the claim of whistleblower status by federal contractor Edward Snowden, who disclosed NSA mass surveillance programs after he perceived these programs to be in violation of the Constitution's fourth amendment and was, consequently, charged with two counts of espionage in a criminal complaint in mid-June.

"There can be no doubt Edward Snowden is a whistleblower," commented Government Accountability Project (GAP) Executive Director Beatrice Edwards. "Despite highly disingenuous claims to the contrary, whistleblowers in the intelligence community have no protections whatsoever. There are no safe internal channels for someone like Mr. Snowden who seeks to disclose illegality."

Judge Leon's highly critical opinion goes even further by concluding the government didn't cite a single instance in which the program actually stopped an imminent terrorist attack. "I have serious doubts about the efficacy of the metadata collection program as a means of conducting time-sensitive investigations in cases involving imminent threats of terrorism."

In a statement provided to reporter Glenn Greenwald, Snowden reacted to this latest ruling:

I acted on my belief that the NSA's mass surveillance programs would not withstand a constitutional challenge and that the American public deserved a chance to see these issues determined by open courts. Today, a secret program authorized by a secret court was, when exposed to the light of day, found to violate Americans' rights. It is the first of many.

The Government Accountability Project champions government and corporate accountability and transparency by defending whistleblowers and advancing occupational free speech. Since its founding in 1977, GAP has helped in the effective exercise of conscience of over 5,000 whistleblowers.

Published on Nov 27, 2012 RT talks to the Director of the Centre for Investigative Journalism, Gavin MacFadyen, about the difficulties whistleblowers face when trying to promote transparency.

Thomas Drake, a former Senior Executive at NSA who was charged under the espionage act after he blew the whistle on waste and fraud and illegal activity at the intelligence agency, spoke at a March 15, 2013 National Press Club luncheon. Drake's event was part of the club's celebration of Sunshine Week, a national initiative to underscore the importance of open government and freedom of information.

Michael Hayden: "probable cause" is not in the 4th Amendment ! 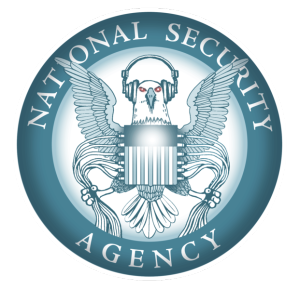 In this disturbing exchange we see former head of the NSA, General Michael Hayden, argue with reporter Jonathan Landay that the words "probable cause" are not found in the Fourth Amendment. I don't want to spoil the suprise for you, but "probable cause" is the measure for issuing a warrant in the Fourth Amendment. Of course, I would find this exceptionally humorous had not Bush recently appointed this man to be the new head of the CIA. 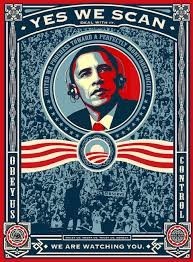 "THE NSA IS OUT OF CONTROL": CONGRESSMAN SENSENBRENNERAugust 22 2013: Watch Jim Sensenbrenner DESTROY Obama/Holder on Fox News. Sensenbrenner says Big Brother (NSA) Shouldn't Be Able To Get Into Domes

Cavuto: Government Abusing Its Rights By Taking Away Ours

NEIL CAVUTO:Posted on June 10, 2013> All these invasions of our personal privacy under the guise of protecting us. Are just wrong. This is no longer about keeping us safe.

So I'm not here now, nor was I this weekend, to hear anyone trying to protect a president, any president. I wanted to focus on protecting people--all people. >