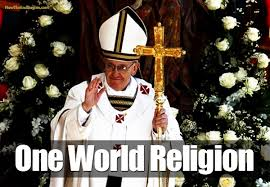 The Organization of Islamic Cooperation ( OIC ), which wants Jerusalem as the capital of their caliphate, is now on the world scene in unprecedented ways!

Major developments with the UN, Obama and his administration, and Pope Francis all show all eyes are on the center Jerusalem in which they all have a vested interest. Plus US plan gives Jerusalem holy sites to Vatican along with OIC muslim countries! For article links from this video scroll down to section "RELEVANT ARTICLE LINKS COVERED IN THIS VIDEO"

To understand this video in full context regarding Obama as Al-Mahdi and Antichrist please see:

Our Radio Broadcast "Eye of the Storm" airs Tuesday nights from 7-8pm PST which can be found at   http://tinyurl.com/ljjt73u Click blue "follow" button to get email reminders and links about broadcasts. Can't make it live? No problem. Archives for all broadcasts can be found at our website http://www.MartusMinistry.org  .

We have begun posting articles as they come up unto facebook athttp://www.facebook.com/MartusMinistry as well as on my facebook ( Purvigiggle InChrist) found at this link: http://tinyurl.com/k6mk4xo

***IMPORTANT document "The Harvest." The biblical scripture in this document debunks the "rapture" theology and explains the great Resurrection event at the Harvest ( which is at the end of tribulation in that great and terrible day of the Lord): http://tinyurl.com/knuobm2

If you do not know Yeshua Ha Mashiach ( Jesus Christ) as your Lord and Saviour personally, it is not too late! Please see this video: AN URGENT MESSAGE FOR ALL WHO SEEK TRUTH: http://youtu.be/n8fEiw3Wdj0  along with description box.

The OIC and the Caliphate:  http://tinyurl.com/4uj6v7j

Remarks at the Launch of the Office of Faith-Based Community Initiatives: http://tinyurl.com/l3qyvh5

Obama at the UN: "The future must not belong to those who slander the prophet of Islam" Sep 25  2012: http://tinyurl.com/8tvu2fz 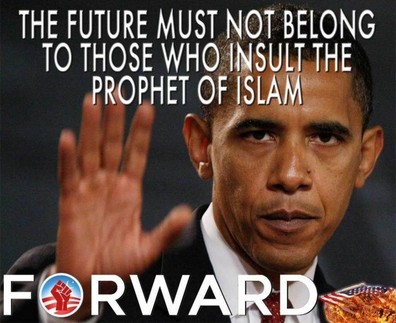 The 57 members of the Organization of Islamic Cooperation (OIC) met in Cairo, Egypt February 6-7, 2013 with a full agenda of issues to address.

The U.S. Special Envoy to the OIC, Rashad Hussain, attended. One of the key takeaways from the two-day Heads of State Summit appears to be a renewed commitment to the Istanbul Process, the OIC-initiative to criminalize criticism of Islam globally. >MORE< 37