Published on Jan 2, 2014 www.openmindconference.com "Behind the green mask UN Agenda 21" Rosa Koire is the executive director of the Post Sustainability Institute. Impacting every aspect of our lives, UN Agenda 21/Sustainable Development is a corporate manipulation using the Green Mask of environmental concern to forward a globalist plan. Rosa speaks across the world and is a regular blogger on her website Democrats Against UN Agenda 21 dot com. Her book, BEHIND THE GREEN MASK: UN Agenda 21 is available on Amazon.com, Kindle, and Nook, and at her website. Websites: www.DemocratsAgainstUNAgenda21.com     www.PostSustainabilityInstitute.org. 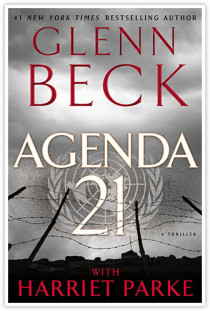 A violent and tyrannical government rules what was once known as America. The old, the ill, and the defiant all quickly vanish. Babies belong to the state. Against all odds, one young couple risks everything to expose the truth. But are they too late? Just a generation ago, this place was called America. Now, after the worldwide implementation of a UN-led program called Agenda 21, it’s simply known as “the Republic.” There is no president. No Congress. No Supreme Court. No freedom. There are only the Authorities. Woken up to the harsh reality of her life and her family’s future inside the Republic, eighteen-year old Emmeline begins to search for the truth. Why are all citizens confined to ubiquitous concrete living spaces? Why are Compounds guarded by Gatekeepers who track all movements? Why are food, water and energy rationed so strictly? And, most important, why are babies taken from their mothers at birth? As Emmeline begins to understand the true objectives of Agenda 21 she realizes that she is up against far more than she ever thought. With the Authorities closing in, and nowhere to run, Emmeline embarks on an audacious plan to save her family and expose the Republic’s true agenda.