ISIS if you are watching, this is something you will never have. Citizens whether working class, military, civil, or political; our entire nation will honour and remember our fallen while you send your people off to die in your place.
Canadians love to celebrate and enjoy what other cultures have to offer, we cherish our wonderful diversity.
Take a good look at this video...you will never divide us… you will never intimidate us. 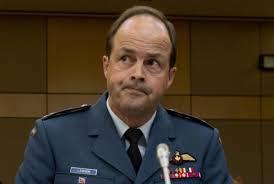 Is ordering Canadian Forces members not to wear uniforms a victory for terrorists?

There has been a lot of debate on Chief of the Defence Staff Gen. Tom Lawson’s decision to order military members to keep a low profile when in public.

The Canadian Forces leadership modified its early order that no uniforms be worn……to one where personnel can wear their uniforms to and from work, and over course when on duty.

But Lawson says Canadian Forces members should keep a low profile otherwise – So no going to a restaurant or a coffee shop or a grocery store while in uniform, he noted.

A few Defence Watch readers have claimed that this gives into terrorists, that military personnel should be wearing their uniforms with pride to show resolve.

At least one Conservative MP has put out his view in a tweet – “Disappointed with CDS order that soldiers not wear uniforms in public,” tweeted Conservative MP John Williamson. “The sight of uniforms is important just as re-opening Parliament was.”