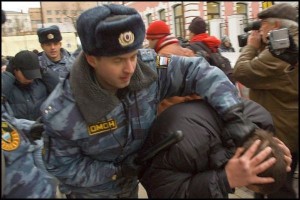 RUSSIA: Vladimir Putin orders crackdown on Muslims, police round up 300.  June 9 2013 Take a lesson Europe and America. Russian police detained at least 300 people at a Muslim prayer room in Moscow on Friday after President Vladimir Putin ordered a crackdown on radical Muslims ahead of next year’s Winter Olympics in Sochi. DNA (h/t M Z) Putin has put security forces on high alert to safeguard the Games in the Black Sea resort of Sochi, which lies near to mainly Muslim southern provinces where Russia is battling an Muslim violent insurgency that has targeted Moscow. “We must fight back hard against extremists who, under the banners of radicalism, nationalism and separatism, are trying to split our society,” Putin said. “The policy in the fight against corruption, crime and the insurgency has to be carried out harshly and consistently,” Putin told a meeting of security force officers. “The situation in the North Caucasus should be kept under particular control.” Friday’s raid, the third targeting Muslim places of worship in Moscow or St Petersburg this year, led to the detention of 300 people including 170 foreigners and the confiscation of Islamist literature to check for extremist content, Russian news agencies quoted the Federal Security Service (FSB) as saying. The FSB did not say why the people had been detained (Oh, I bet I can think of a few reasons…see below). Russia is keen to boost its counter-terrorism credentials after the deadly Boston Marathon bombing allegedly carried out by two ethnic Chechen men, one of whom spent time last year in the North Caucasus province of Dagestan that borders Chechnya. One of the Moscow Subway bombings by Chechen Muslims Moscow-St.Petersburg Express, derailed by Chehen Muslims using explosives – 26 people were killed A policeman keeps watch at the site of a Muslim suicide bombing in Grozny, the capital of Chechnya Moscow apartment building bombing by Chechen Muslims Two Muslim female suicide bombers blew themselves up on crowded metro trains in the Russian capital Moscow killing 37 people and injuring 70. The Islamist insurgency, led by the ‘Caucasus Emirate’ group and Russia’s most wanted man Doku Umarov, is rooted in two post-Soviet wars between Moscow and Chechen rebels. The insurgents want to create an Islamic emirate in the North Caucasus region. Fears of Islamist militants in Moscow have risen since police killed two men and detained another two who allegedly belonged to an outlawed Islamist group that was plotting an attack during a major holiday earlier this year. Human rights activists say Russia’s Islamist insurgency is fuelled by a combination of religion, official corruption and strong arm tactics against suspected militants by local leaders. In Dagestan, which has become the focal point for insurgent violence, police disarmed two suicide bomber belts and detained two women, Interfax reported on Friday.  By BareNakedIslam • Posted in EnemyWithin-foreign 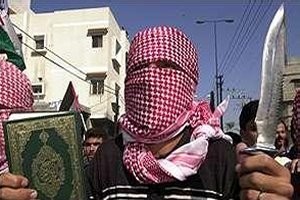 A Russian translation of the Koran is now officially banned by the KGB. According to Russian media, on September 18, an “October district court” in the Russian-occupied Emirate city of Tsemez (“Novorossiysk”) banned reading “The semantic translation of the Holy Koran into Russian” (translated from Arabic by E.R. Guliyev. 1st edition. King Fahd Complex for Printing of the Holy Koran, Medina, Munawwara, Saudi Arabia, 2002). According to the KGB court, the Koran is “extremist literature” under the Russian Criminal Code article # 282. ”The Koran calls for hostile and violent acts of one group of people against another on the basis of religion, in this case, Muslims against non-Muslims”, the KGB court ruled. According to Russian federal laws, it is now forbidden to read the Koran translation all over Russia, and keeping it at home is a criminal offense. It is interesting to note that this unprecedented act of war on Islam remained virtually unnoticed by the media. Russian as well as western media outlets ignored the ruling of the KGB court. So-called muftis and various Muslim organizations in Russia are also silent. 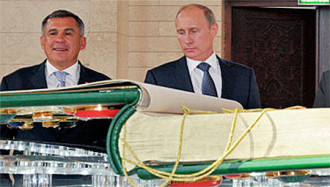 Russian government is a 'collective pastor Jones'. Putin ordered destruction of tens of thousands of copies of the Holy Koran
Publication time: 4 October 2013, 02:30
The fact that courts in Russia are fully controlled by the KGB is an open secret. It is common knowledge that all Russian courts issue sentences at any major trial on direct orders from authorities.

It is therefore obvious that the ban of the Russian translation of the Koran (and in fact, the Koran itself) would never happen without order from the Kremlin.

Moreover, Russian authorities are not only set to ban the Koran, but plan to destroy it. But some editions of the Russian translation of the Koran by Guliyev contain the original Arabic text. Thus, it is the destruction of the Holy Koran, and not just that of its translation.

The whole story of the ban of the Koran, with confiscation of the Book from all postal parcels (i.e. mail in Russia is all checked, and parcels are opened by the KGB), clearly indicates that it is a premeditated action by Russian authorities, an action which was expected to get reaction from the Muslims.

The reaction proved to be extremely toothless. Except for some minor actions and pickets, and vague statements from official muftis, no protests followed. And if Muslims continued with this silent cowardice, one can predict with absolute certainty the total imminent KGB terror against Muslims. And Islam will be banned in Russia as an "extremist religion."

The Kavkaz Center warned that the Kremlin was preparing to proclaim the ban on the Koran a few years ago. At that time, the KC publication aroused sceptical smiles. The Kavkaz Center was accused of anti-Russian propaganda and inadequacy. But when the Russian government launched a systematically ban on internationally recognized works of Islamic scholars and declared as extremist the biography of the Prophet Muhammad (pbuh), some critics have finally began to sound the alarm.

Now Putin has not just banned the Koran, he is going to destroy it. That is, tens of thousands of copies of the Koran with the canonical Holy Scripture will be destroyed.

When Americans desecrated several copies of the Koran in Afghanistan, hundreds of thousands of Afghanis took to the streets with their bare hands and attacked an American base, sacrificing their lives.

When Islamophobic pastor Jones burned several copies of the Koran, Islamic countries responded with mass demonstrations. When this hater of Islam wanted to burn hundreds of copies of the Koran, American officials were forced to arrest him in order not to provoke massive anti-American actions around the world.

And what's about the Muslims in Russia? They silently swallowed the spit on their face, a monstrous insult and public humiliation. Before the eyes of Russian Muslims , the Holy Book of their Lord, Whom they worship, is being destroyed, and Russia's Muslims are only brave enough for pickets, letters of complaint and some banners.

If these Muslims are no longer able to stand for their religion, it means that they are not worthy of the religion of Allah.

And don't be surprised when infidels start a bloodbath, when drunken Russia's soldiery, and cops come to the houses of Muslims and rape wives in front of their husbands. Don't be surprised to see Muslims shot and hunted as a game. And tortured, burned, drowned, poisoned, etc.

And one more thing.

You - so-called peaceful Muslims - should put gags in your mouths and not utter even a single word of criticism of the Mujahideen. You have no right to do so. You do not have any rights whatsoever. Infidels have shown you that you are just dumb cattle. Cattle that sooner or later will be slaughtered. 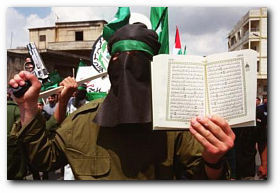 According to media reports, the KGB banned important Islamic books as "extremist literature" in Russia, in particular: - Biography of the Prophet Muhammad (pbuh) - "Biography of the Prophet Muhammad" by Ibn Hisham and "Life of the Prophet" by Safi al-Rahman al-Mubarakfuri. - The booklet "Muslim Fortress. From the Words of Remembrance of Allah, Found in the Quran and the Sunnah". - Collection of Hadiths "Gardens of the Righteous" and "40 Hadith of Imam al-Nawawi", ''Stories of the Prophets from Adam to Muhammad. From the Words of Ibn Kathir'', and more than 60 other books. The ban on Islamic books was proclaimed by Lenin's District Court in the South Uralian city of Orenburg during a secret meeting on March 21, but became public only now. The ban covers all Russia. 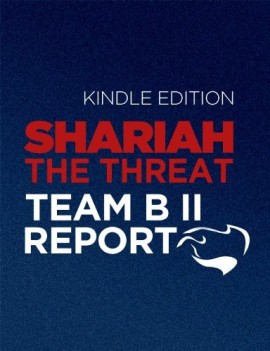 Shariah: The Threat To America: An Exercise In Competitive Analysis (Please Click on Book)

A new phase of the war against Islam begins in Russia. After the knife of KGB censorship paced the famous Islamic writings and essays, both generally cognitive and academic, as well as after a number of prominent Islamic scholars were banned, the invaders have got down ingenuously to the Koran.

An educational film "Miracles of the Quran" has been declared extremist in Russia. Now this film is banned and one watching it could lead to prison. In addition, the chapters of the Koran, 32. The Prostration and 50.

The Letter, as well as the booklets, "The purpose of life of a Muslim", "Transcription of the verses of the System of Islam", Islam - a system of life, society and state" and several other publications, are forbidden. It is curious that a movie of Harun Yahya, Miracles of the Quran, which is quite harmless in terms of fighters against "jihadism", got under the knife of KGB censorship.

Apparently, even the proven sciebtific facts, including those accepted by the critics of Islam, will be declared now in Russia "extremist" and "illegal". However, the most notable is the prohibition of the chapters of the Koran. And this is just the beginning. There is no doubt that sooner or later the entire Koran will be banned in Russia. Moreover, the verses are declared "outlawed", which are not calling for jihad and give no orders to fight the infidels.

The verses that awaken a fear of Allah in the people are forbidden. So is forbidden the 16th verse of the 50th The Letter chapter, warning the people: "And We have already created man and know what his soul whispers to him, and We are closer to him than [his] jugular vein". As for the 32nd chapter The Prostration, which consists of 30 verses, in it Allah says about the creation of the world, warns about the inevitable punishment for infidels and sinners, about the command and creation, about the inevitability of death and repentance of sinners whom their repentance will not help, as well as about the reward for the faithful.

Obviously, these chapters do not talk about any terrorism and extremism. But it is also clear that the Koran itself simply cannot be "unextremist" for the infidels, as the book of Allah ruthlessly exposes the very false essence of tyranny of infidelity, denounces false gods, and destroys the foundations of power of Taghut.

It is clear for any sane person that the infidels are waging war not against terrorism and extremism, but against Monotheism. Interestingly in this regard is the fact that together with the banning of chapters of the Koran, a landmark statement was made by the ringleader of Russian aggressors in the occupied territories of the Caucasus Emirate, Khloponin. He openly encouraged to expel Muslims, who want to live under Sharia, from their country. Khloponin proposes to deport these Muslims in the Middle East. "My position is clear: anyone who does not want to live in Russia according to Russian, secular laws, should not live here. For them, there are states in the Middle East, go there and live".

In addition, Khloponin suggested deporting Muslims also to the countries neighboring Russia. We would like to mention in this context that the idea of ​​deportation of Muslims from their lands seized by Russia is not new. During the Russian-Caucasian War in the 19 century, whole Caucasian ethnic groups who also wanted to live by Sharia were driven out and destroyed. There was a new deportation in the 20th century.

Ethnic cleansing of Muslims in the occupied territories of the Caucasus is organized regularly by Russia, and there is no reason to think that Moscow abandoned this practice.