DRUG GANGS:Bill O'Reilly BLASTS President Obama, the Black Caucus, and the rest of the left for the Race Relations issues in this country getting completely out of hand during his talking points memo. 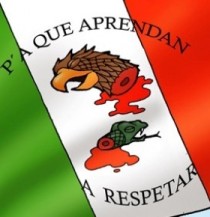 Los Zetas and Hezbollah, a Deadly Alliance of Terror and Vice

When Americans think about the illegal drug trade and black markets in Mexico, it is probable that they do not associate them with terrorism, or Islamic fundamentalism. One would think that drug cartels like Los Zetas, the most sophisticated and second most powerful drug cartel in Mexico would have enough allies and connections not to need the assistance of an organization like Hezbollah based half way across the world in Lebanon. However, there is proof that Hezbollah, as well as elements of the Iranian Quds force are functioning with cartels like Los Zetas, the most sophisticated drug cartel in Mexico. The combination of power hungry cartels like Los Zetas, and terrorist organizations like Hezbollah who want a presence in North America, in or near the United States inhibit U.S. companies from wanting to conduct business in Mexico, and should not remain unnoticed. > MORE < 12 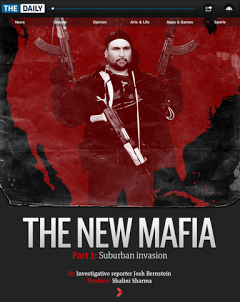 By Guy Taylor
The Washington Times

Collaboration between Latin American drug cartels and groups such as Iran's Quds Force and the Islamic terror group Hezbollah is growing "far faster than most policymakers in Washington, D.C., choose to admit," a former U.S. intelligence official testified Tuesday.

Michael A. Braun, former chief of operations and intelligence for the Drug Enforcement Administration (DEA), told lawmakers that the operational capability of such groups is being "strengthened by the close relations that they are working hard to develop with very powerful organized criminal organizations in our neighborhood and throughout Latin America." > MORE < 13