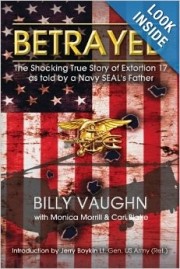 Betrayed: The Shocking True Story of Extortion 17 as told by a Navy SEAL's Father Paperback

Before BENGHAZI, There was EXTORTION 17....

Operation Lefty Grove is underway, a highly dangerous mission to take out another high-level Taliban operative, three months after the death of Osama Bin Laden. In the dark of night, twenty-five US Special Ops Forces and a five-man flight crew on board Extortion 17, a CH-47 Chinook helicopter. Seven unidentified Afghan Commandos are allowed to join them. Ground forces have already been engaged in a three-hour exhaustive battle. Extortion 17’s specially trained warriors drop into the Hot Landing Zone to help their fellow warriors. But there’s a problem: the standard chopper escorts have all been directed elsewhere. Mission directions are unclear. Worse, pre-assault fire to cover the Chinook transporting our brave fighting men is not ordered. On that fateful night, Extortion 17 would never touch down. Taliban fighters fired three rocket-propelled grenades (RPGs) in rapid succession. The first RPG shot below the Chinook, but the second made contact in what the military would later describe as a “one-in-a-million shot.” The shot struck a rotor blade on the aft (rear) pylon, shearing off ten and a half feet of the blade. The third shot flew above the falling chopper. Within a matter of seconds, the chopper begins to spin violently out of control and then drops vertically into a dry creek bed and is engulfed in a large fireball. There are no survivors. The thirty brave Americans lost that night were more than just warriors. They were husbands, fathers, brothers, and sons. Billy Vaughn’s son, Aaron Carson Vaughn, was one of them. Over the next few months as unsettling information on the tragic incident is released to the families, Billy Vaughn becomes increasingly disturbed. Billy discovers that US military forces are not being led to win battles, but have been sent on a fool’s errand to “win the hearts and minds” of other nations. He is told that the US Rules of Engagement have prevented our brave defenders from defending themselves. Adding insult to injury, Billy learned that a Muslim Imam was invited by our own US military leaders to “pray” over his son’s dead body. As US war heroes lay in their caskets before their last flight home, the Imam damned America’s fallen warriors as “infidels” who would burn in hell. As US military leaders observed the ceremony at Bagram Air Base, the Imam boasted over the deaths of US heroes with words such as, “The companions of heaven [Muslims] are the winners.” Betrayed is a heart rending account in America’s history, an engaging novel of faith, patriotism, honor, duty and loss. Betrayed is not just the biography of an American military family, it is a crucial, true-life narrative that every American must read and understand about their government and the danger America’s military strategy currently poses to all families. Betrayed is a book Billy Vaughn wishes he didn’t have to write. But his son is gone and there are still unanswered questions. He needs to know if finding the truth may prevent another father from standing in his shoes. 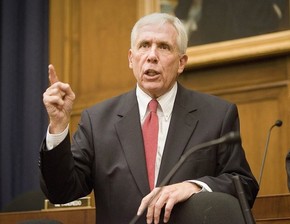 Republican lawmaker Frank Wolf says “It is clear there is a cover-up.”

BENGHAZI QUESTION OF THE DAY

Over the next three weeks, I will be coming to the floor regularly to remind the Congress and the American people about key questions in the Benghazi investigation that remain to be answered.

Question of the Day #6
Why did Gen. [Carter] Ham speak publicly about the military's response at a forum in Aspen, Colorado – where tickets start at $1,200 – yet his testimony before Congress was behind closed doors?

Question of the Day #5
Why was the CIA's security team repeatedly ordered to "stand down" after the attack began?

Question of the Day #4
Why haven't we applied pressure to countries refusing to allow the FBI to access the terrorists responsible for the attack?

Question of the Day #3
How many Benghazi survivors were forced to sign Non-Disclosure agreements?

Question of the Day #2
Which agency was responsible for vetting the Libyan security guards at the U.S. consulate?

Question of the Day #1
Where are the Benghazi survivors? 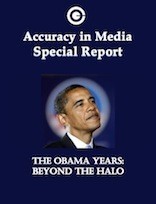 Washington, D.C. – The nationwide press watchdog group Accuracy in Media (AIM), along with some of the country’s top retired military officers, intelligence agents and national security experts, have launched a new project aimed at resolving unanswered questions about last year’s attack on the American Diplomatic Mission in Benghazi. Current members of the group, Citizens’ Commission on Benghazi, include the following: •Roger Aronoff, Editor, Accuracy in Media •Capt. Larry Bailey,(SEAL),USN (Ret) •Lt. Col. Ken Benway, USA (Ret) •Col. Dick Brauer Jr., USAF (Ret) •Lt. Col. Dennis B. Haney, USAF (Ret) •Brig. Gen. Charles Jones, USAF (Ret) •Clare Lopez, former CIA Operations Officer •Adm. James “Ace” Lyons, USN (Ret) •Gen. Thomas McInerney, USAF (Ret) •Col. Wayne Morris, USMC (Ret) •Wayne Simmons, former CIA Officer •Maj. Gen. Paul E. Vallely, US Army (Ret) •Lt. Col. Allen West, US Army (Ret) “I am humbled and honored that these distinguished military and national security heroes have decided to join with AIM to set the record straight,” said Roger Aronoff, the Editor of AIM. The Citizens’ Commission on Benghazi will officially launch its operations by holding a conference on Monday, September 16th from 10:00 am to 6:00 pm at the Heritage Foundation’s Allison Auditorium in Washington, D.C. The public and the press are invited to attend the first session, which includes lunch, from 10:00 am to 2:30 pm, while the second session will be an off-the-record event, held behind closed doors from 3:00 pm to 6:00 pm. “I regard this conference as the launch pad for our fact-finding mission where truth will finally begin to replace the tired misinformation peddled by the administration and the media for nearly a year, which has seriously compromised the truth about Benghazi,” said Aronoff, adding that the typical Washington sideshow of rewarding failure has also been on display more than once during the year. “When Secretary of State John Kerry announced recently that four State Department officials who had been suspended over Benghazi, were now cleared to return to work, it made me realize once again that no one has been held accountable for the disaster in Benghazi,” Aronoff said. “The idea that the buck stopped with those four was absurd to begin with.” There is no charge to attend this event, but since there is limited seating, attendees should register online here or contact Nathan Makla atNathan.Makla@aim.org. To interview Roger Aronoff, or to request an interview with one of the other Commissioners, contact Nathan Makla at Nathan.Makla@aim.org. Accuracy in Media is a non-profit citizens’ media watchdog organization whose mission is to promote fairness, balance and accuracy in news reporting. For more information, go to aim.org. — The Citizens’ Commission on Benghazi, organized by Accuracy in Media, held a press conference at the National Press Club in Washington, D.C on July 30th to announce the launch of the fact-finding group. Four of the current 10 members of the commission spoke and took questions. They were Roger Aronoff, Editor of Accuracy in Media, Retired Admiral James “Ace” Lyons, former CIA officer Wayne Simmons, and Retired General Thomas McInerney. (Click on the links to each name to hear their comments. Video of the Q&A will be posted on Thursday.) The media, which for the most part seem to have adopted the Obama administration’s declaration that Benghazi is a “phony scandal,” likewise took a lukewarm reception to the press conference and did not send reporters, just cameras. NBC and Fox News had cameras running for the full news conference. This does not make the revelations that we hope will come forth from our efforts any less important to the American public. According to a recent Fox News poll, 59% of voters say that they are following news about Benghazi at least “somewhat closely.” The Commission speakers announced a conference that will take place in Washington, D.C. on September 16th at the Heritage Foundation, and issued the Declaration of the Citizens’ Commission. “Now is the time for all good men to come to the aid of their country, to help explain, ‘What difference does it make’ how and why these people died in Libya,” states the Declaration. “Did our elected and appointed leaders do enough to protect our ambassador and other Americans involved, and if not, why not?” “But it is our firm belief that people sitting at home, watching this on TV or over the Internet … will feel compelled to step out of the shadows, and bring new insights and information to this investigation that will lead to additional conferences or meetings by the Commission.” You can watch the comments from each of the four speakers in attendance at this press conference below. More information regarding the Benghazi attacks and the press conference will be forthcoming in the weeks ahead. Search for: Get the latest news Email Address : http://www.aim.org/benghazi ------------------------------------------------------------------------------- © Accuracy in Media