Silenced: TWA 800 and the Subversion of Justice Documentary 2001

This documentary proves that the U.S. government-including the FBI and DOJ-are totally corrupt and involved in serious felony crime and the outrageous cover-up of truth concerning the mysterious crash of TWA Flight 800 on July 17, 1996.

As you will see, Flight 800 was actually destroyed by a surface-to-air missile. Every allegation made in this film is backed up with facts-none more dramatic than those that come from the Federal government itself.

You'll learn what the 736 official eyewitnesses actually saw; why aviators reject the CIA "cartoon" explanation; how the Feds criminally suppressed reporting; the critical witness drawings; the rigged NTSB hearings; the damning radar data and documentation; the altered physical evidence; undeniable proof of explosive residue proving a missile strike; the stinging report from the machinist union; and much more! 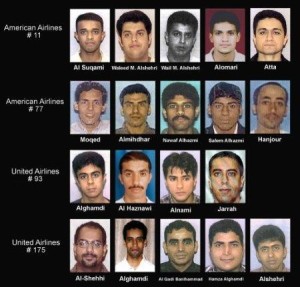 Blind Sheik Declares in a Prison Fatwa: "Bring down their planes!"

FIRST STRIKE: TWA 800 and the Attack on America

Cashill and Sanders' reconstruction of the investigation into the July 1996
explosion of TWA Flight 800 is a real page-turner. The authors, who also
produced the video Silenced: Flight 800 and the Subversion of Justice, contend
that the U.S. government, from the White House to the NTSB, FBI and CIA,
systematically tried to obscure the real cause of the explosion with a false
theory of mechanical failure. The cover-up, the authors maintain, was motivated
by then-incumbent President Clinton, who decided that "only acatastrophe...could prevent his reelection in November. He would not let Flight 800 be that catastrophe." Cashill and Sanders make use of evidence from FBI witness summaries, transcripts of agency meetings and reports, conflicting press coverage, scientific data and their own interviews with witnesses and experts to conclude that TWA Flight 800 was brought down by a Navy missile, whose intended target was a terrorist plane on a collision course with the passenger aircraft.
About the Author James Sanders, a police officer turned investigative reporter, has written two prior books on this subject, The Downing of TWA Flight 800 and Altered Evidence. In December of 1997, he and his wife, Elizabeth, a TWA attendant and trainer, were arrested for conspiracy to steal government property after receiving material from a whistleblower within the Flight 800 investigation.  Jack Cashill has written for The WSJ, Washington Post, Weekly Standard, and regularly in the American Thinker and WorldNetDaily. Jack has a Ph.D. from Purdue. >MORE <