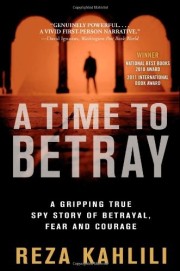 REZA KAHLILI AUTHOR "A TIME TO BETRAY" : The Astonishing Double Life of a CIA Agent inside the Revolutionary Guards of Iran  WWW.ATIMETOBETRAY.COM

The Endowment for Middle East Truth (EMET) is proud to bestow the Speaker of Truth Award to honor a courageous defender of truth, Reza Kahlili: Please watch Reza Kahlili's speech at EMET 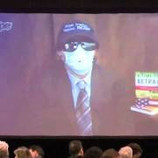 The Endowment for Middle East Truth (EMET) is proud to bestow the Speaker of Truth Award to honor a courageous defender of truth, Reza Kahlili

EMET's Rays of Light in the
Darkness Dinner

In Keeping the EMET tradition of honoring righteous Muslims,
Persians, and Arabs who have bravely spoken out against radical Islam, and its
hatred of Jews and Israel, this year EMET is proud to bestow the Speaker
of Truth Award to honor a courageous defender of truth, Reza Kahlili

Excerpts
of the Remarks by Sarah Stern at the Seventh Annual Rays of Light Dinner:

We, at EMET are proud that we are the first Jewish, pro-Israel organization,
who has taken it upon itself to say thank you to those incredibly courageous
Muslims, former Muslims, Persians or Arabs who have risked everything,
including exclusion from their family and friends, exclusion from their
community, and even their very lives, to speak the truth about the Islamist
assault on Western civilization as we know it.

People like those we will be hearing from tonight, such as Reza Kahlili
should be awarded, praised, and feted for their unparalleled courage. They have
managed to penetrate down through the layers and layers of societal bias and
hatred, and reached down to what makes us all human. I do not know, if I were
in their place, if I would be as courageous. They are among the very best
specimens that humanity has to offer.

And we are proud tonight to honor those, who have dared to think outside of
the box; who dare to stand with Israel, who dare to stand for the cause
of human freedom and to stand against the mounting forces of radical Islam. We
are proud to have with us today such heroes such in the struggle as Dr. Katrina
Lantos Swett and Mrs Annette Lantos, who will accept the Award in memory of the
late Rep. Tom Lantos; Rep. Jeff Duncan; Senator Ted Cruz; Brett Stephens of the
Wall Street Journal and courageous author and speaker of the truth: Reza
Kahlili.

EMET's Rays of Light in the Darkness Dinner > MORE < 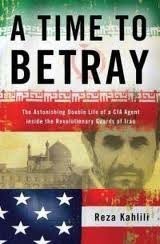