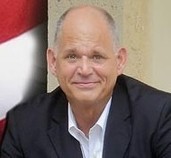 Shipp also supervised the Department of State Anti Terrorism Assistance program and managed the protective detail assigned to the president of Afghanistan following the US invasion.

Born in Laramie, Wyoming, he and his family moved to Falls Church, Virginia where he spent most of his life. He put himself through college using college loans, working during summers and hitchhiking to and from Virginia Tech in Blacksburg, Virginia, where he earned a Bachelor's degree in Biology. Later, he earned a Master's level degree in forensic psycho physiology and the detection of deception from the Department of Defense Academy for Credibility Assessment.

From the Company of Shadows is a fascinating revelation of the procedures the CIA uses in conducting covert operations, counterintelligence investigations and counter terrorism. This is a detailed expose' covering multiple facets of CIA intelligence and secrecy.

How did this book make it by the censors?

Kevin Shipp provides a detailed expose' of the CIA's use of secrecy and the executive branch's abuse of the little known State Secrets Privilege.

"From 1953 to the present the federal government, and most notoriously the CIA, has used the assertion of the State Secrets Privilege to block cases of negligence, discrimination, shut down whistleblower claims, prevent other branches of government from conducting investigations..."

Shipp provides a stunning example of the CIA's concealment of negligence by including excerpts from his book on the subject, blacked out by CIA censors. He spent months going back and forth, line by line, word by word, negotiating with the CIA for the book's release.

Shipp courageously exposes the current stealth jihad movement operating in the US and lays out the techniques terrorist organizations use to carry out their attacks.

Important Note: Xs and ?s in the text are words blacked out by the CIA. 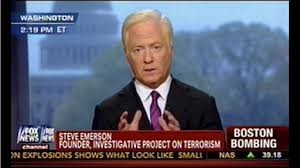 "Author Kevin Shipp offers a fascinating insider's view of the Central Intelligence Agency (CIA) from the perspective of someone who lived in the agency's top echelons from the end of the Cold War to the War on Terror. The book reads like a James Bond novel, only the characters and situations are real. It delves into the CIA's internal politics and abuses of power that he contends has made America less free and less safe." - Steven Emerson, author of American Jihad: The Terrorists Living Amongst Us. Executive Director of the Investigative Project on Terrorism

"Kevin Shipp has written a fascinating true story of his role in CIA operations. It's a courageous and complete account of CIA secrecy, operations and the global threat of terrorism." - Senior Special Agent D.A. Crane, National Counter Terrorism Liaison for the Virginia State Police; Founder and CEO of 2nd Thief, a non-profit organization.

"This is the best account of CIA operations, told by someone who has been there and placed his life on the line for his country." -Edward J. Pollard, Assistant Director, Protective Operations, U. S. Secret Service (Ret.) 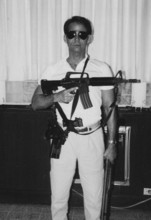