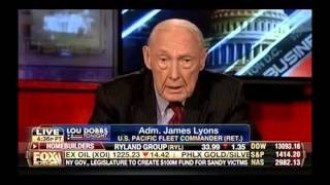 Chipping away at the military jeopardizes security

By James A. Lyons

It was not clearly understood by many Americans what President Obama had in mind when he stated in his 2009 inaugural that the time had come to start "remaking America," in effect, "transforming America." As we have now seen, one of the key transformations is the unilateral disarmament of our military forces. >MORE < 23